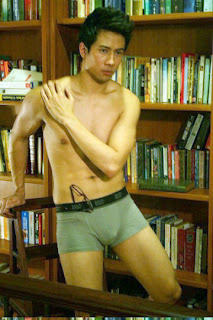 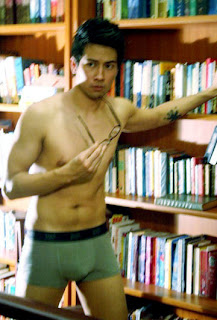 …of being wholesome and all. He declared in a magazine interview that he is willing to pose with just his skivvies on as he had the body to show off. John James Uy is the 5’10”-tall commercial model who was the first to be eliminated at the Be Bench Finals Night held recently. However, he was the first among the finalists to get a deal with the ABS-CBN network as he was cast as the third wheel of a popular love team in the Lovespell series.

14 thoughts on “John James Uy has no pretensions….”