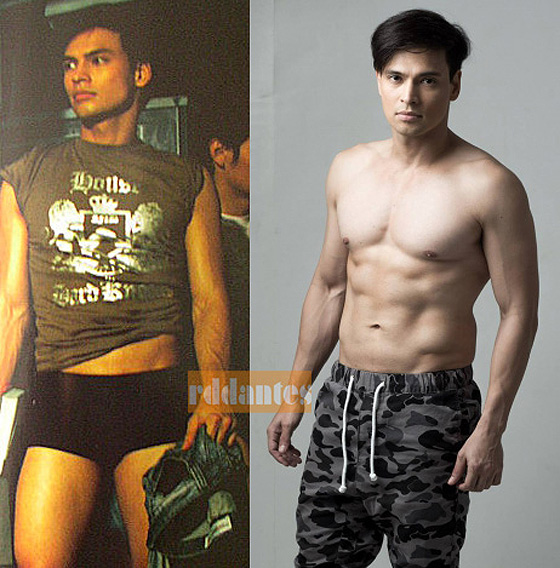 Let’s move to a more mature notion of handsomeness. Remember Frank Taunenbaum a.k.a. Frank Garcia (of the Powerboys group), who came into pop consciousness a decade and a half ago? The Dutch-Filipino model still looks pretty awesome (right photo) these days. He may be our best bet yet for a viral post with the headline,  Buff _-Old Man Who Looks 20 Wows the Internet.