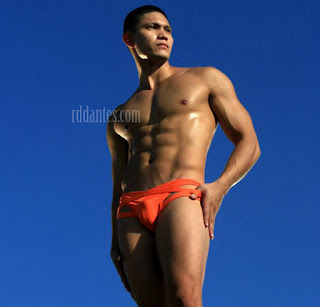 The best body in last year’s Century Tuna Superbods contest [won by Mr. Spainhour] belonged to King Alcarion. Unfortunately, he was also hands down the runaway winner in the Cosmetically Different Department of said competition.  Which brings me to the question: which do you prefer – a lean and mean bod or a pretty mug?