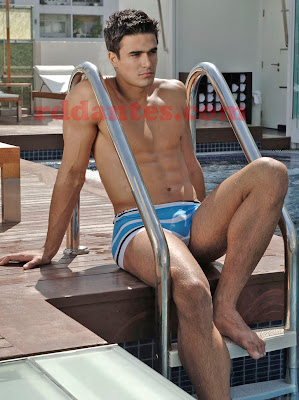 Gorgeous Brazilian male model Lucas Gil is our Friday guy. He was in Manila recently to do some work in commercials and print ads. The hunky guy from the city of Belem in Para, Brazil won the Mister Brasil Mundo 2007, which earned him the right to represent his country in the Mr. World 2007 contest in Sanya, China. At the international competition, he landed first runner-up. From then on, he was offered modeling jobs in the Asian region. He is now in New York City to pursue his dream of being a successful international model. Happy Friday!

24 thoughts on “Lucas Gil was in Manila”