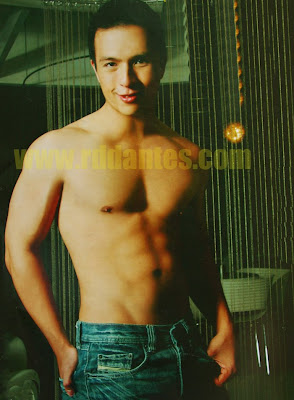 At least in this photo for Cosmopolitan [Philippines] magazine as Hunk of the Month of July 2007. [It was the time the magazine put handsome actor Piolo Pascual on the cover as he unwittingly declared that it has been his “secret dream to be on the cover of Cosmopolitan.”] Anyways, Marco was the featured guy and boy, he looked cute.  And nobody thought at that time that the singer-dancer-actor who is Australia born-and-raised would be so cocky in the movies, e.g. Walang Kawala.  He’s the new gay flavor-of-the-year de facto, and I just wish there will be more movies for this boy.  His latest, Butas [Loophole] will have its director’s cut preem on January 12  7.30 p.m. at the UP Film Institute.

10 thoughts on “Marco Morales is wholesome”