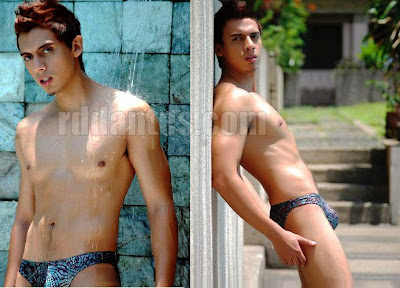 Twenty-three-year-old Mehdi Rosales is a half-Iranian, half-Filipino freelance model who has appeared in a number of fashion shows and tv commercials. He also wants to be in showbiz but a few years back he missed the cut in the first Star Circle Quest [SCQ], a reality-based talent search of ABS-CBN. The 5’8″-tall cutie is undaunted as he still pursues his dream to be in the big league someday.