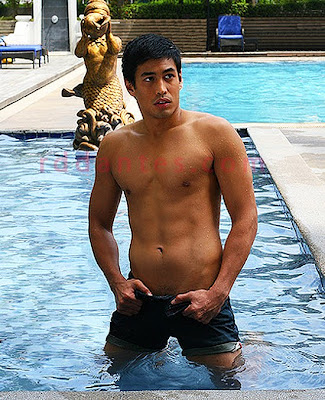 Sunday’s delight is someone to really watch out for: 26-year-old commercial pilot Kemuel Akut. If he looks familiar, he was one of the more prominent hunks in the recent list of 69 hot and new bachelors of Cosmopolitan [Phils] magazine. Originally from Illinois, the tall, dark and handsome Kemuel is now in the country working for one of the major airlines. When he’s not busy flying, he does modeling on the side under the name Ken Viterbo or Kemuel Viterbo. This December, he will be featured as one of the half-naked hunks in a local magazine’s annual racy section.