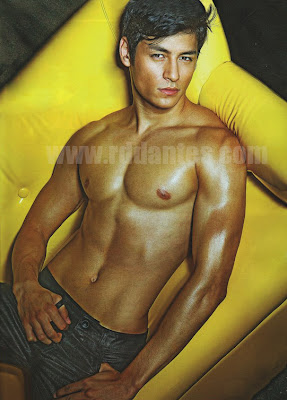 It seems that local brands are going gaga over nipo-brasileiro models in Manila. Penshoppe grabbed the divine Aki for its new campaign, and now Folded and Hung has Hideo Muraoka. The 20-year-old model from Sao Paulo was a student before he packed his bags and decided to try Asia – Singapore, Thailand, Hong Kong and now, the Philippines – for his modeling career. Now based in Manila, Hideo plans to stay in the country for a year before going back to his native country to continue his studies. In the meantime, he’s swamped with modeling offers for tv and print ads.
Update: Hideo has been cast as the “butler” in Gretchen Barretto’s new game show on TV5 entitled You and Me Against the World. The game show is similar in concept to 1 vs. 100.

14 thoughts on “Molded and Hung”