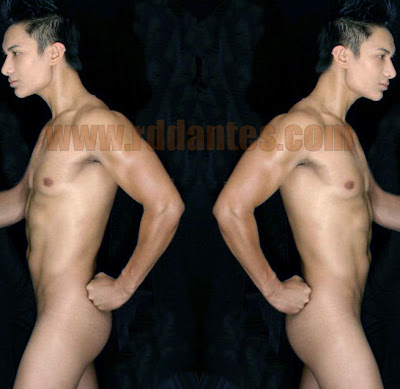 Male model Jasler Ubaldo tried his luck in the runways of Singapore when he was younger. In the Lion City, he was one of the more in-demand models. Now, Jasler Ubaldo is in Manila doing work for the fashion designers. Jasler first came into the scene as an aspiring sexy actor in the late 90s. When things got a bit hazy in showbiz, he flew the coop, got some work done on his bod [and face] and became a succesful model in the city-state. In his late 20s now, the 6′-tall model is still preferred on the runway by top designers.