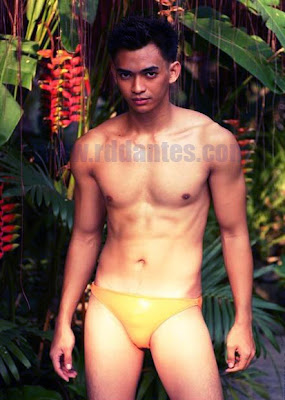 Twenty-five-year-old model and call center agent Nino Ibarrola a.k.a. Nino Rico has been in the modeling business for quite some time now. He was one of the Cosmopolitan [Phils] magazine’s 69 hot bachelors. Although he didn’t reach his peak and popularity in runway and commercial fashion assignments, this 6’2″-tall native of Lucena City is now making waves as an entertainer and model in the island city of Macau. He has been there for a couple of years already and apparently, the pay’s good and the job’s groovy. 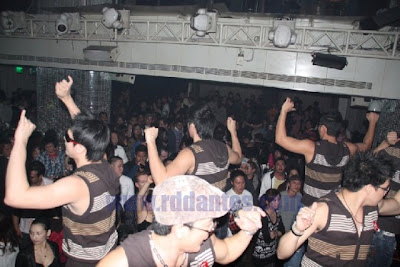 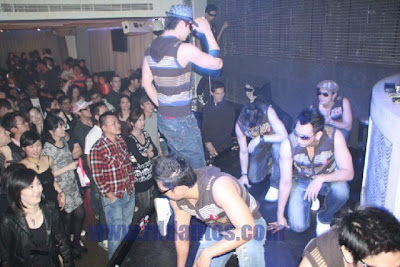 Nino Ibarrola can be seen in these photos [bottom photo, rightmost] sent in by a reader who has been to Macau. This was taken in DD2 Disco where the boys merely dance in synchronized hip-hop moves. Contrary to reports that they dance without their shirts and pants on, Nino and the boys [Jude Marco is somewhere there with the newsboy cap] are fully clothed in DD2. Incidentally, DD2 Disco and its counterpart DD3 at Fisherman’s Wharf are not strip clubs and the clubs attract a mixed crowd of expats and locals.