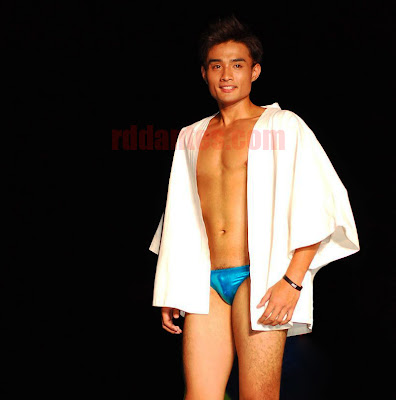 Before Sadatsugo something got accepted into Survivor Philippines [Palau], he was doing this in small stages in the metro. The Tondo-native who traces his ancestry to some Japanese blood, has been in a lot of stages and platforms where bikini contests were conducted. So you see, it pays to have patience and lots and lots of luck. He is now known as Piko Suzuki or Suzuki Aragon and he’s in the prime time show Survivor, where he will get into the consciousness [in terms of name recall] of a lot of viewers. In the meantime, he wore that when he was still a relative unknown.