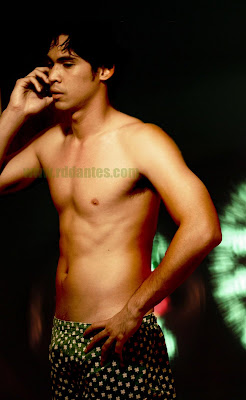 Finally, after all these years lusting after this guy, model-turned-actor Paolo Paraiso is baring all on screen in the movie Immoral.  The movie, which is directed by Adolfo Alix from the screenplay of Jerry Gracio [Santa Santita], is part of the Cinemalaya Philippine Independent Film Festival 2008.  It is the story of a man, his wife, and male lover all in one roof [hmmm, sounds familiar, I think this was the theme before in an Anton Bernardo flick with a Paraiso in the title].  Nevertheless, Paolo Paraiso promises, in this movie, to show a side we apparently have not yet seen before. I can’t wait.