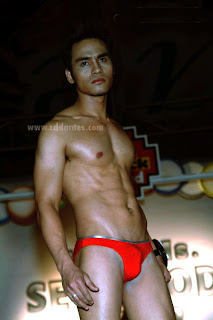 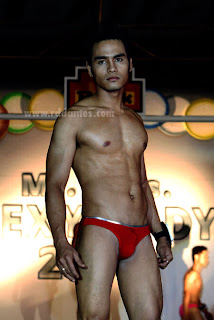 Ross Simbulan is a 24-year-old model who was last seen as one of the male contestants in the Mr. & Ms. Sexy Body 2008 bikini contest. The 5’7″-tall hottie was also included in last year’s list of 69 “Hot, New Bachelors” of Cosmopolitan [Phils] magazine, where he lists his occupation as “model/private tutor.” He appeared in an indie movie, Kasambahay [Dead’s Grin] also released last year.