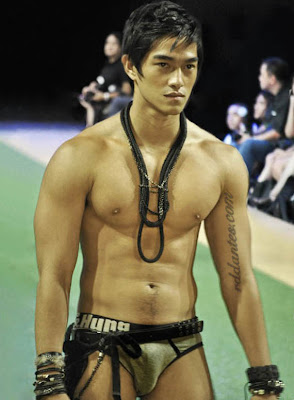 Well, whaddya know? It’s Richard Pangilinan in the big city and in the big league! After his one-sided victory in summer’s biggest bikini open – Hataw Super Bodies, this hunky-handsome native of Angeles City seemed to have dropped out of the limelight. Recently, he appeared as one of the models in Folded & Hung‘s show at the fashion week series. Could he be the next signature model for F & H’s underwear line?