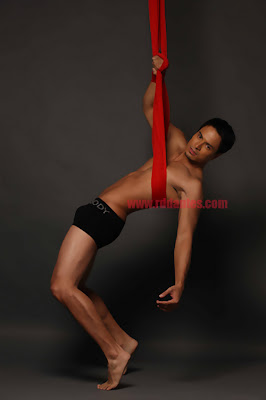 Although he is no longer opening for the big Bench show on 25 July – Blackout, perennial Bench-boy-in-briefs Rafael Rosell is still in the two-hour skinfest.  After his acting award in that lesbian movie, Rafael seems to be in high career spirits these days. He is busy with his tv shows in his home studio, U.S. concert tour [gasp!] with his Coverboys group, and a new movie with Jon Mullally entitled Civil Status: Single.

6 thoughts on “Rafael gets busy”