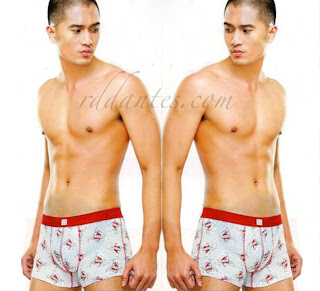 Speaking of JC Tiuseco and Raph Kiefer, here’s Ram Sagad, the ultimate winner in the Century Tuna Superbods 2007. [A then unknown JC placed first runner-up while seasoned model Raph settled as second runner-up]. Of course, Ram went on to appear in the big fashion shows and TVCs and he dabbled in acting on tv soaps for a while. Ram is now trying to make a name for himself as a model in New York City.