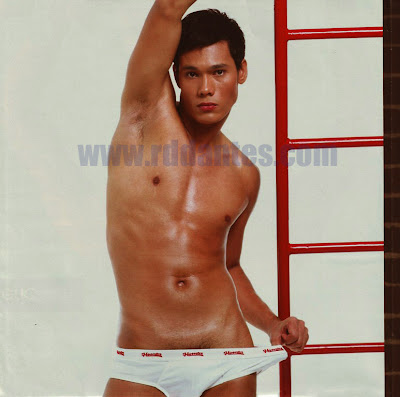 Male model Red Anderson will sing, act, strip and show his six-pack abs in the nth staging of the Filipino musical Zsa Zsa Zaturnnah. The 24-year-old hunk, previously known as the guy with “a Sweet past with a Boy“, will be seen as the leading man of the superhero[ine] on – 7 February [8 pm], 13 February [8 pm], 7 March [3 pm and 8 pm] and 8 March [3 pm]. The venue – The Little Theater at the Cultural Center of the Philippines. The other actors alternating as the leading man are Lauren Novero and Arnold Reyes. Zsa Zsa Zaturnnah is based on the fictional comic book superheroine created by Filipino illustrator and graphic designer Carlo Vergara in December 2002. It is the story of a powerful and voluptuous female in large red hair and a muscular physique, with a sissyish male homosexual as an alter ego.