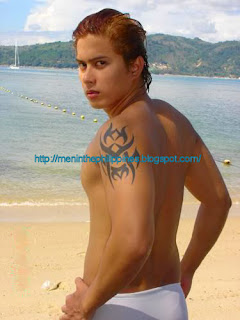 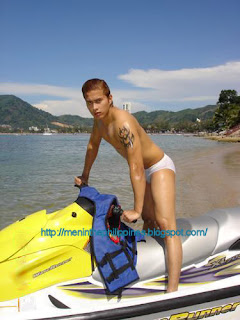 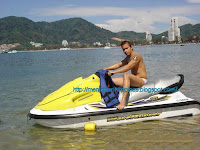 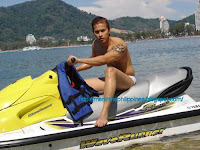 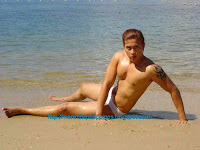 While we are on the matter of Ginoong Pilipinas, here’s Arjay John Mones , the Pandi [Bulacan] native who was the 2005 Ginoong Pilipinas grand winner. Easily the most controversial in his batch then, he first appeared as one of the contestants on Bodyshots 2004 [won by Dennis Dizon], together with his fresh-off-the-boat friend, a very young Maico Eduria aka Josh Ivan Morales. Next came the opportunity for showbiz, so he appeared as Mr.September and October for the 2005 Calendar Boys, where he was snapped in a naked romp in a grassy field, dong-a-dangling. After winning the Ginoong Pilipinas title, Arjay John Mones disappeared for a while from the limelight, concentrating on work in Saipan. Now he is back, obviously with a bit of weight [although he still looks good]. He is seen regularly as one of the male leads in Channel 7’s Daisy Syete, that seriously-titled kitsch of a show by the Sexbomb dancers.