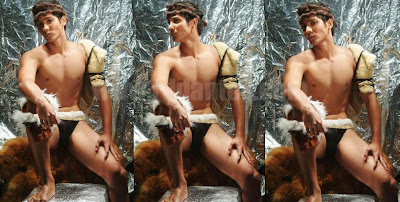 If you have been shopping in the Greenbelt Mall area lately, chances are you would have spotted some male models dressed as the Queen’s guards with faux bearskin hats, giving away handbills for Citibank. One of them is 5’11”-tall model Robert Declaro, last seen as one of the contestants in Body Shots 2008.  He was also one of the featured bachelors for the 2007 edition of Cosmopolitan [Phils.] magazine’s annual list of 69 hot boys and men.  Robert Declaro, who is now 24 years old, went to the San Pablo Colleges in San Pablo City, Laguna.