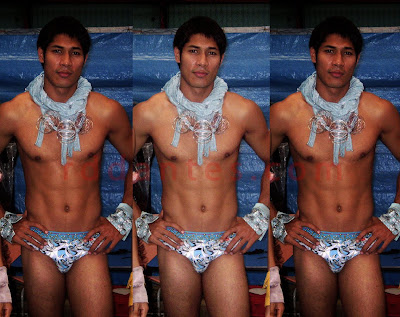 NEW YORK CITY – UPH is also here and sometimes we meet up for a bit of talk and for some ogling at people. To while away the time, we resolved – rather giddily – to look for Leonardo Litton, that 90s actor who wore bikinis in all his movies. He has moved to this side of the hemisphere, married with kids. And then again he has grown plumpish as soon as he settled here in the Big Apple for good, judging from the pictures sent to us most recently. Surely, we presumed, we would be very disappointed seeing a cute butterball, a far cry [and a sigh] from the time he lorded over the soft-porn movies of his era with Rodel Velayo. So our attention veered towards a model who has also settled in the city – Iago Raterta. One of the top models of his time, just a couple of years ago, Iago left a bustling career to live here. Nothing has been heard about him. Too bad, because he was this exotic male model who was in-demand at home. He probably didn’t continue being a model here in NYC after his stint at this modeling contest in Los Angeles. We were hoping we could see him, accidentally. And then UPH can take his picture.

24 thoughts on “Searching for Iago”