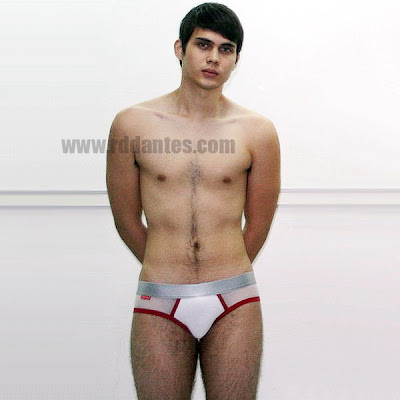 Twenty-three year-old Benjamin Besa was a former teen actor in GMA 7 before moving to ABS-CBN as part of the Star Circle Batch 15.  He is, of course, now fully-grown. And sexy despite his boyish mien.  At 6’2″, Benj was also a contestant last year in the Mr. World-Philippines contest.  The hazel-brown-eyed Benj, who is half-Spanish, was last seen as one of the models at that show in Araneta last week.