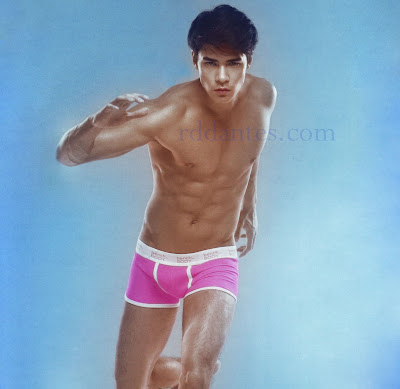 Since most of the prominent fly-in models [the nipo-brasileiros, more specifically] have already been signed up by rival clothing brands, Bench is primping Eurasian model Benjamin Tang as its lead foreign model in the underwear department. This 23-year-old hunk claims to have a mix of German, Italian, Chinese and Vietnamese blood. He has appeared in most of the Bench shows of late and will soon blaze through the runways in his skivvies at the Araneta Coliseum in July for the Bench Uncut show.