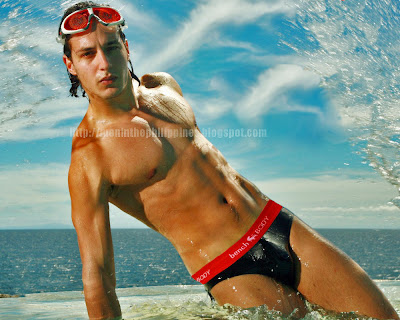 Twenty-five-year-old French model Sofian Ait-Mansour was one of the featured hunks in Bench underwear’s summer campaign last year. He is best remembered as the boyfriend of the full-bosomed winner of Big Brother: Celebrity Edition , Keanna Reeves. The 6’1″-tall Sofian, who is now based in Hong Kong, also did commercial ads while in Manila and was one of Cosmopolitan [Philippines] magazine’s 2006 bachelors.