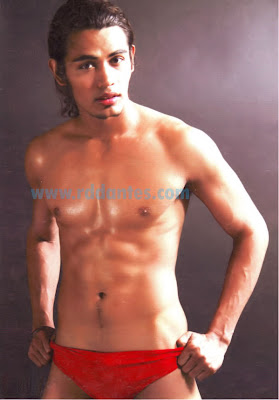 Filipino-Indian Dayal Chowdhary has been modeling for quite some time now, after he first appeared as a contestant in the MTV Fashionista Best Model Search 2003 [with eventual winner Raphael Kiefer, and Brent Javier, Guiness Nabung, Jonas Cabuay among others]. The 6’2″-tall exotic model was also a finalist in the Man of the Year 2005 contest where Joseph Kidwell topped the Johnron for the title. Dayal also briefly appeared in an independently-produced movie, the psycho-thriller Seroks.