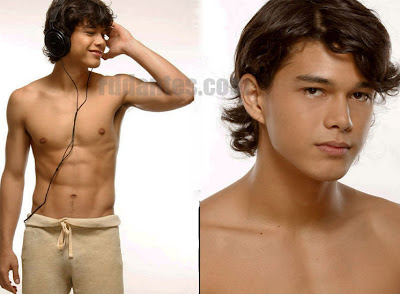 The Philippine edition of the popular Survivor series is off to its premiere on 17 August in GMA 7 and one of the more prominent contestants is this 18-year-old cutie who goes by the name of Marvin Kiefer. He is dubbed as the “Ultimate Crush” in the series. It turns out, this kid’s a pro, a model for a couple of years already when he left native Cagayan de Oro City for Manila. It helps that his older brother is the professional model Raphael Kiefer, a familiar face on the runway and in TVCs. Yet, this Filipino-Swiss guy swears by his independence when he moved to the bright lights, big city. He has backpacked all around the islands and has supported himself by doing modeling jobs in the metro. He is a vegan and “pro-green” – most probably due to the fact that his family owns an organic farm in Cagayan de Oro. Too, he loves rough sports like rafting, skateboarding and wall-climbing, aside from the usual activities he’s engaged in like tennis, soccer and running. So there, this one’s going to be big pretty soon!