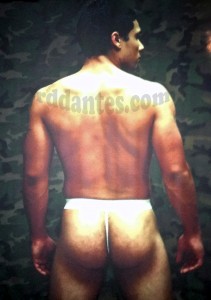 Many moons ago, when the local models were hunkier, an upstart by the name of Jon Hall boldly went where no model dared to go – the butt-baring territory! As one of the first endorsers of a fledgling brand called Bench/, he proved to everyone that sex really sells! Suddenly, wearing Bench/ underwear became a hip requirement during that era.