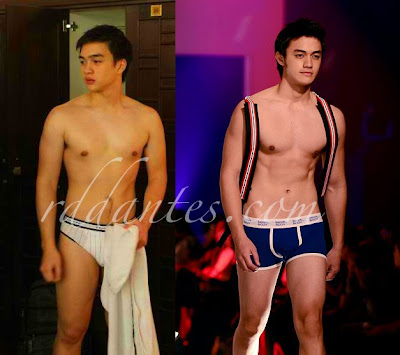 How about a serving of some fresh boys today? Brothers at that! The one on the right is Anthony Roque, a 23-year-old nurse and occasional model. Anthony was in the 2009 list of Cosmopolitan [Phils] magazine’s 69 hot bachelors and Candy Magazine Cuties. He was supposed to be in showbiz in 2010 but something happened along the way [and that’s another part of the story]. The other cutie on the left is Dominic “Dom” Roque, a 21-year-old BS Hotel, Restaurant and Institution Management [Tourism track] from the De La Salle-College of St. Benilde. He’s also one of the better-looking boys in ABS-CBN’s mermaid series Aryana.

53 thoughts on “The Brothers Roque”