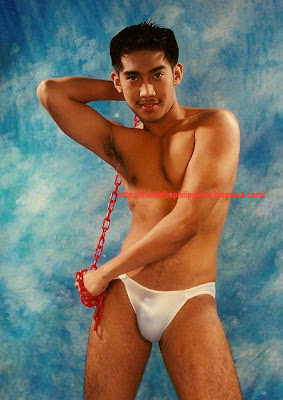 Twenty-four year old freelance model Edward Paez first came into the collective consciousness of a few gay guys sometime in 2004 when he joined the Ginoong Pilipinas pageant. The dark-skinned lad didn’t get to win the title and went back to school afterwards. Edward Paez took up a BS course in Electronics and Communications Engineering at the famed Mapua Institute of Technology. After school, he went on to appear in the fashion runways and in teevee and print advertisements. He was last memorably seen in the commercial that raised awareness on dyspepsia. Too, he is remembered for brainlessly recording on amateur video his sexual episode with a woman, with his privates exposed. I think UPH posted it somewhere in his site.

One thought on “Titillating: Edward Paez”