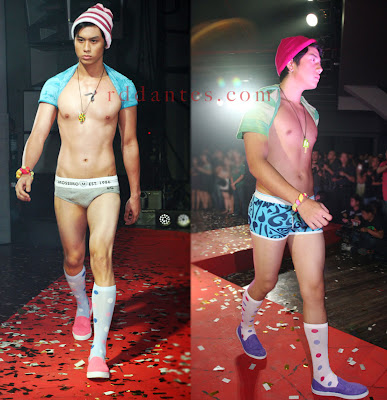 Two cute boys making their moves – and some noise – in their respective networks. Jiro Shirakawa [left] is all set for showbiz as he’s cast in ABS-CBN’s new show with a lot of buzz – Gimik 2010, an angsty teen drama series. The Mossimo Bikini Summit 2009 winner is determined to make it big in the limelight as he has already dropped out of school to go full time and to help his sick mom in the family expenses. On the other hand, Paulo Avelino just upped his machismo status by confirming that he’s the father of the child that his girlfriend’s carrying. GMA-7 is supporting him all the way, and pretty soon he’ll be starring in his own shows and soaps in more mature roles. He’s also one of the best bets of the studio for stardom this year.