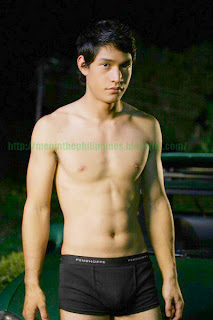 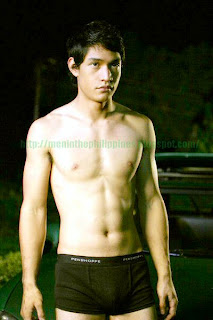 …. in the digital flick Maling Akala [Wrong Assumption]. Expect this hunk to do some acting as he tackles a queer role in this Cinema One original movie. In the movie Victor Basa is caught making love with a fisherman. The promo for the movie goes: From the creators of Inang Yaya comes this romantic comedy that dares to ask: Is the perfect man gay? Co-directors Veronica Velasco and Pablo Biglang-Awa collaborate once again for the indie film Maling Akala, which is one of the finalists of the 2007 Cinema One Originals Digital Film Festival. The movie will be shown from January 28-31 at the UP Film Institute Cine Adarna. The synopsis: The bittersweet love story of JP (Victor Basa) and Teta (Jodi Sta. Maria) gives us a glimpse of how a gay man-straight woman relationship works… or doesn’t. JP is a fugitive on the run, after having accidentally killed his lover. On the bus, he sits next to Teta, who is nine months pregnant. When Teta gives birth, JP accompanies mother and child home to their fishpond in Sasmuan, Pampanga. Teta impulsively introduces JP as the father of her child, surprising both JP and her parents. When JP and Teta agree to play-act husband and wife, their queer, dysfunctional tale begins.

One thought on “Victor Basa is sexually confused….”