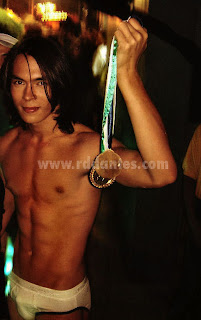 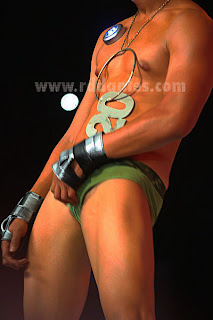 I just dug up these old photos of Jake Cuenca, Bench Body’s favorite boy in briefs. The first photo [white briefs] was taken backstage before the Bench Fever show at the Araneta Coliseum held two years ago. Back then, Jake looked like a little boy [with a stiffy!] lost amidst half-naked models. And he still had those abs. The second one was taken at the Be Bench finals night last year, where he just grabbed his crotch on stage, much to the delight of the crowd. Obviously, Jake had grown quite a bit.