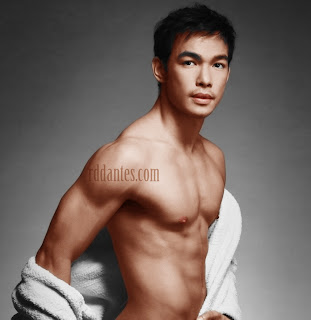 The reason why Mark Bautista‘s been shedding his clothes lately is because he’s doing The Full Monty next month! Well, not exactly the works like showing off his privates and all but he’s doing the musical. Here’s the PR:  Singer-actor Mark Bautista is set to top bill the local staging of the hit Broadway musical “The Full Monty.”  Staged locally by Viva Atlantis Theatricals as its maiden production, “The Full Monty” is based on the 1997 movie of the same title and features music and lyrics by David Yazbek. It is set to open at the RCBC Plaza in Makati on April 19 and will run until May 5.  As Jerry Lukowski, Bautista plays an unemployed mill worker in Buffalo, New York who discovers a way to earn some quick cash by performing as a strip act at a local club.  Jerry is joined by five of his friends in his radical idea, and together they conquer their fears and discover the meaning of true friendship -but not before stripping naked as a Chippendales-inspired group.