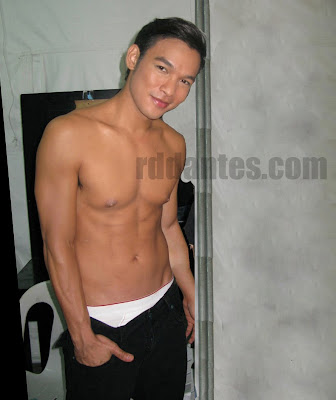 Admittedly, he looks hot shirtless. Singer and occasional actor Mark Bautista was a revelation at the Cosmo Bachelors Bash held recently. He is now basking in new found glory as a hunk. A real man with a nice body. Which means he is slowly shaking off whatever negative press he had recently with his closeness to top man Piolo Pascual and the rest of the Pop Icons, a group of singers akin to the Divas 4 Divas – Google them out. As he is now maintaining a safe and happy distance from Piolo and the rest of his male singer friends [to ward off gay rumors], the 28-year-old singer is now primed to work his ass off. I hope I said that right.