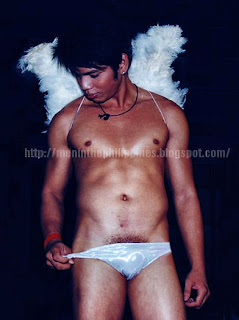 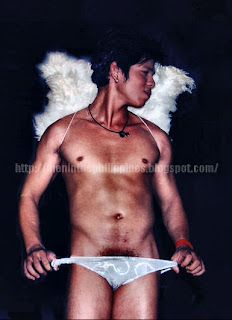 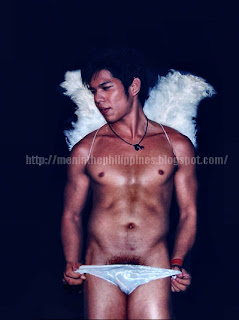 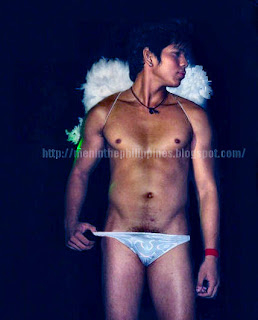 That’s Mark Cortez as an angel in a bikini. He’s appeared before in rather raunchy underwear shows, foremost of which was the Glamour Boys 2007 search in Lips Bar [Aurora Blvd, San Juan, M.M.], where he was a weekly winner and a finalist. Too, it wasn’t a bikini contest, as the contestants didn’t have to wear bikinis. Mark is known also for his Prince Albert or beading implants.

11 thoughts on “There must be an angel…”