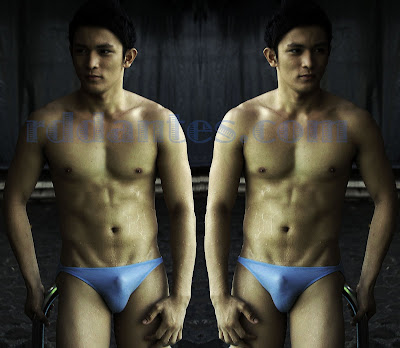 Funny are the comments about Cosmo’s selection of 69 bachelors this year. The general consensus is that just about anybody else is in the pack – from A-list to Z-levels. One even went far in saying that the bigger irony is that some of the guys have shown their penises and scrotums in movies and photo shoots before and they have the double-dealing temerity now to pose as coy boys with their pants on. And to think this is Cosmo magazine, the repressed girl’s favorite rag. In photo: Mark John Sellado, one of the 69 bachelors of Cosmopolitan [Phils] magazine in 2009.