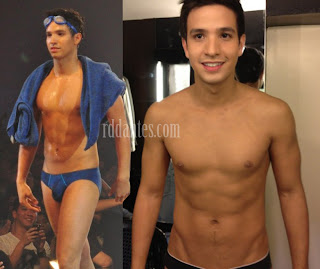 Good news to Markki Strøm fans:  The Filipino-Norwegian singer and theater actor will soon star in a movie tentatively titled Amor y Muerte for the Directors Showcase in the 2013 Cinemalaya Philippine Indiependent Film Festival.  Markki reportedly agreed to take on the lead with the frontal nudity requirement.  Jake Cuenca was supposed to be the first choice but he backed out due to conflicts in his schedule.  Now, we’ll soon find out what’s in that basket!