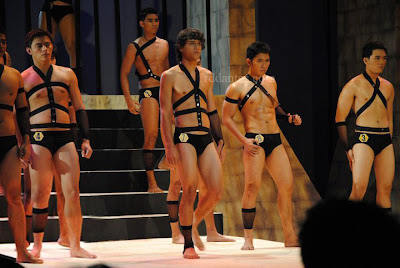 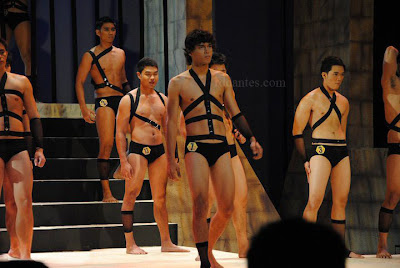 In February 2010, Survivor Philippines castaway Marvin Kiefer entered showbiz via an afternoon show on GMA-7. That time, he declared that he will never wear speedos and skimpy underwear in public and photo shoots, unlike his older brother Raphael, the model. Flash- forward to the 18 January 2011 episode of the prime time series Beauty Queen on the same station and we get to see Marvin not just in conservative black briefs [see photos, contestant no. 7] but also in wet white and way-t00-loose underwear [Google the video episode] with Luis Alandy and Marco Morales. Such a delight!