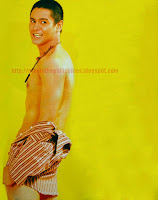 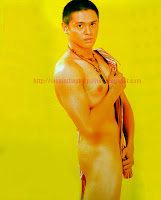 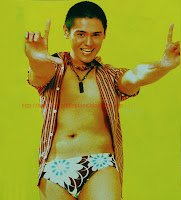 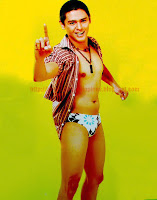 Boyish-looking Miguel Benedicto used to be on German Moreno’s Teenstars, as one of the more good-looking teens singing and dancing late at night on weekends. These days, the 23-year-old hottie is taking up M.A. Media Studies-Film at the University of the Philippines in Diliman, QC. Prior to that, he has a degree in Mass Communications from the Far Eastern University, where he also starred in the theater guild productions. Athletic Miguel is also the owner of Heavenly Bodies Fitness Center.