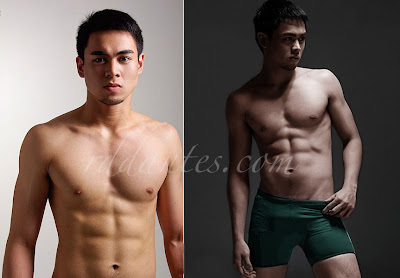 Next in the soon-to-be-launched list by Bench Body in its major campaigns is 21-year-old Miko Raval. He appeared before in the Return to Temptation campaign of the underwear company, but that was in a group shot and he did not get his solo mug. Miko plays forward in the University of the Philippines Fighting Maroons basketball team. He is taking up Hotel, Restaurant and Institution Management in the State U.