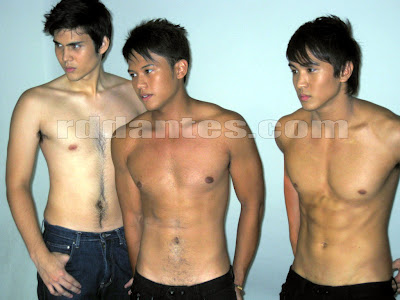 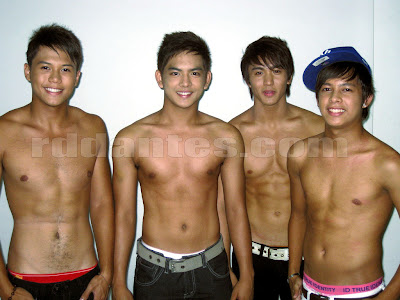 More shirtless shots of the Lipgloss boys! Hot, hot, hot, aren’t they? Let’s see – top photo, there’s model Benjamin Besa who clinched the new role of Knox [those who auditioned for the role included Jiro Shirakawa and Raymond Cabral]. Then swimmer and dragon boat rower Kevin Lapena, who’s still in the show as Edge, and the State U’s prized swimmer Nico Ibaviosa as Brent.  In the lower picture, from left that’s Kevin, then Neil Coleta as Caloy, Ibav, and Zyrus Desamparado as Poknat. Catch the show [and the boys] as it opens on its fourth season this Saturday at 5 pm on TV5.