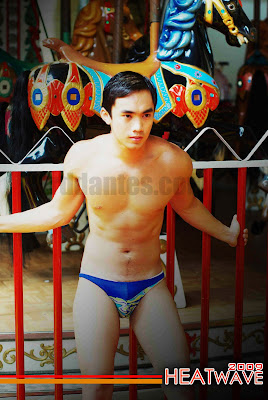 Remember the contest where Harrison Chua a.k.a Harry Laurel was discovered? Summer’s last bikini contest – Heatwave : The Summer Bikini Showdown 2009 – finally has a schedule and it is going to be held on 29 May 2009 at Starmall Alabang. One of the favorites is Haroun‘s brother, Rafael Morales.  Catch the 23-year-old part-time model and occasional bikini open contestant [he was a no-show at the recent Super Bodies Bikini Open Year 4] on finals night and on the pre-pageant activities on 13 May 2009 7 p.m. at the Cuba Libre Bar and Restaurant in Starmall EDSA and on 15 May 2009 7 p.m. at the second level of Starmall Las Pinas. Admission is free. [Other contestants’ photos coming]

28 thoughts on “Rafael Morales in Heatwave”