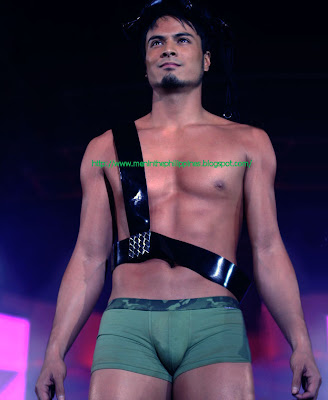 Spotted, too, at the Bench Finals Night was Rafael Rosell, the quintessential underwear model for the clothing brand. Rafael, who once declared in the gay pulp MetroHim that he sleeps in the nude and that he doesn’t like wearing underwear, was one of the featured models in the brief[s] show during the finals night of the Be Bench: Be Famous or Be Anonymous Model Search. This time, however, he didn’t do his capoeira Angola moves in his skivvies, unlike in the opener of the Bench Fever show last year.

6 thoughts on “Rafael Rosell at the Be Bench Finals”