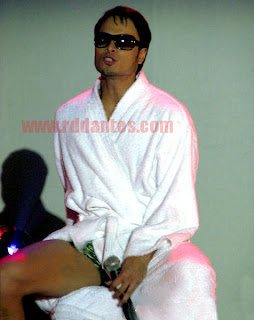 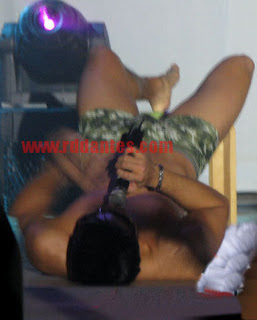 Rafael Rosell, who seemed to had it going in showbiz with his acting award plus movie and tv deals, suddenly goes on a concert in Chicago and strips. According to the email message of reader JonesIllinois, Rafael Rosell “dropped his white robe to reveal his drawers halfway down, revealing his plump buttocks.” Ooh, I could just imagine! That was in the Coverboys concert, where Mr. Rosell had a U.S. tour with his group. Nice!

20 thoughts on “Rafael Rosell goes all out”