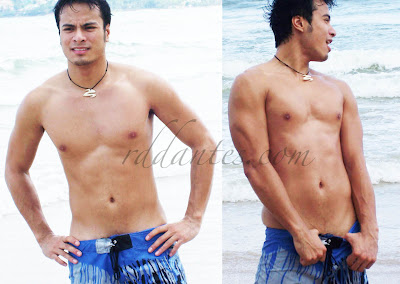 Then. Underwear model and actor Rafael Rosell looked so fresh and delish on a beach in Phuket, Thailand. These photos were taken years ago when he was just starting out, pre-ABS-CBN and -Bench Body, when he was struggling on a reality show called Hollywood Dream on the then ABC 5 channel. 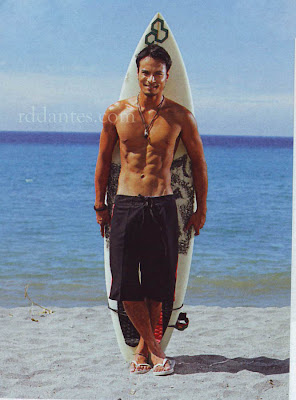 Now. Rafael Rosell is still very much around. This image was taken on a lonely beach in Quezon province for a fitness magazine. Although he didn’t get to Hollywood, the 28-year-old hunk did make it to relative fame here.

55 thoughts on “Rafael Then and Now”