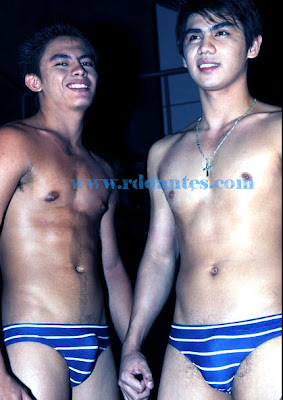 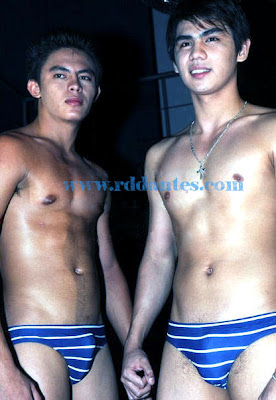 The rains are coming! The last of the bikini contests are being held [remember Subic Beach Bodies 2008 was held while a typhoon was passing through outside?] Pretty soon, the speedos and the tackiest-but-we’re-not-complaining bikinis will be air-dried and tucked somewhere in a musky drawer until next season. Our last reminders of the bikini open season are Hamudi Khileifat and Ram Ace Bautista, who were the daring ones in such contests. Interestingly enough, the two have made themselves scarce lately from bikinidom come. Maybe next year again then…

8 thoughts on “Hamudi and Ram Ace”