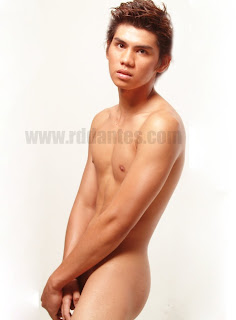 Look who’s here! He’s back and he’s rather coy this time. He forgets to cover some parts and there’s a glimpse of those elusive jewels. Ram Ace Bautista, the tease from Cavite, has not been heard of lately.  Maybe he’s busy with some stuff.  Maybe he’s in school. Or holed up in his condo. But just the same, there have been occasional sightings of Ram Ace Bautista, somewhere in Baclaran, early mornings when he takes the bus home to his native Kawit, Cavite.  Maybe you’ve seen him lately?