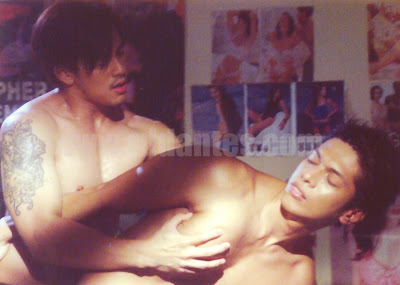 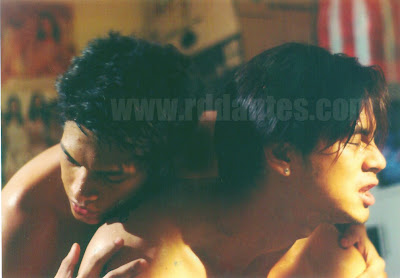 Is lalamunan the larynx or the throat? I’m just wondering because there’s a new movie coming out of Leo Films as directed by Jigz Recto and it’s called Lalamunan, where the theme’s gay in some ways and there are Jordan Herrera, Rico Barrera and Randolph Dungo  [aka Ran Domingo] doing nasty sexy things like sodomy and all.  The preem is on 13 November at the UP Film Institute [uncut again, of course] while regular showing starts on 19 November.  Photos above are some scenes from the much-vaunted sodomy episode between the characters of Jordan Herrera and Ran Domingo.