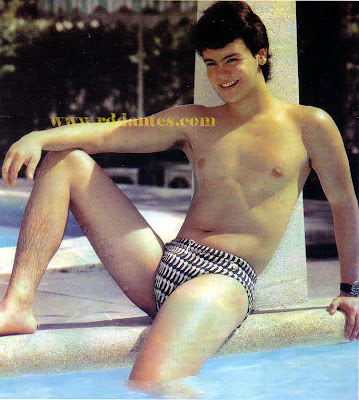 Where in the world is Richard Bonnin? The reason I am posting him here is because it’s his birthday tomorrow, June 5. He will be turning 38 years old already and I’m wondering how he looks like now. I hope he did not get fat like his other famous cousin JC. To those born in the 80s and 90s and in case you are wondering who the heck Richard Bonnin is, he is the older brother of the more famous Bonnin, Charlene, the wife of Aga Muhlach. In the late 80s up to the 90s he was a bit player in the sexy comedy movies. Then he moved to the U.S, got married and the last news gathered about him was that he came back to continue his studies. By the way, the photo above was taken 20 years ago, June 1988 to be exact when Richard Bonnin – regardless of the big hair – was still red-hot!