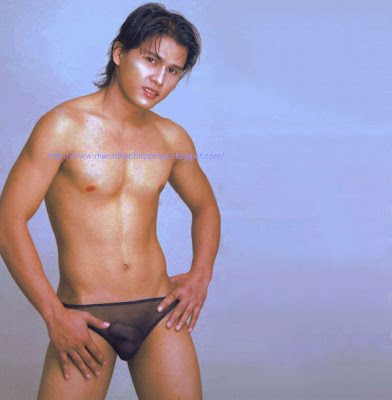 Twenty-three-year-old Roman de Dios was reportedly discovered in the farm fields of Concepcion, Tarlac by talent scouts from Manila [who were just passing by]. They convinced him to go to Manila and try his luck in modeling. Convinced, he was. His first assignment was the bare-for-all Extreme Sexy Fashion Show in the now-closed Klownz Araneta. This was followed by another Extreme sequel, before he did a more daring Xkandalo show. I presume these were all bikini shows.

15 thoughts on “Roman’s numeral is showing”