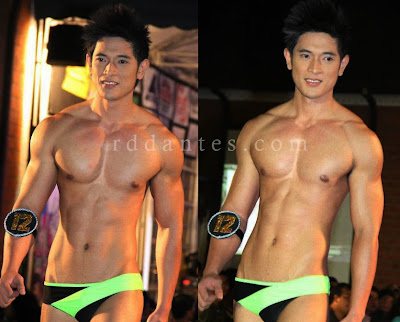 The first major bikini open of 2012 – a precursor to summer – happened a few days ago and a familiar face came out as the winner. Contest veteran Rommel Torres from Cabanatuan emerged as the grand winner in Sta. Lucia’s Mr. Sexy Body 2012, the annual event signaling the advent of summer in the metro. The 21-year-old hottie edged out another vet in the bikini circuit – Jhon Mark Marcia, who settled for first runner-up.